Why is financial information important?

Research recently released by the Charity Commission revealed that “knowing where the money goes” continues to be the most important factor for the public in how a charity operates. The publication, Regulating in the public interest, placed this issue above other important factors identified including: whether the charity was making an impact and whether the charity was operating ethically.

However, despite the value placed on transparency on how money was spent, of those surveyed, only 57% of people reporting that charities they knew were meeting this expectation.

Clearly there remains a lot that could be done by charities to address this issue, which is a crucial factor, as having the trust of the public is vital in obtaining funding to further any charity’s work.

These results will be particularly important to take notice of if your charity relies upon significant levels of donations, where gaining the trust of large portions of the public is particularly crucial.

What information should your charity be sharing?

Charities are legally required to prepare annual accounts, summarising their financial activity, however for some tiny charities in England and Wales these accounts do not need to be filed with the charity regulator.

The annual accounts will by their nature make financial information publically available, however not every member of the public will read them. And, if they do look at them, they may not understand the information shown.

The prescribed format for charity accounts can confuse some finance professionals, so what chance do some members of the public have?

To have the desired impact, it is likely additional information will need to be prepared. Of course this does not necessarily mean generating new financial data, more summarising the accounts into more user friendly formats.

The information needs to be easy to digest and understand, which is why charts and graphs can be very powerful tools.

The above image has been taken from a Charity Commission publication, Trust in charities, 2018. It was used as part of controlled experiment, in which participants were each given a poster with a slightly different design. The designs were: a simple fundraising statement, a charity regulator watermark, an impact statement, and the distribution of founds image above.

The distribution of funds poster scored highest for trustworthy, and also the one that participants responded that they would likely donate towards. Note how it effectively summarises detailed financial information to convey a simple message that everyone can understand.

Whilst it is a good idea to include such charts in the Trustees report of your charity’s accounts, there is also the potential for these forms of information to be easily shared more widely as part of the charity’s fundraising materials.

How I can apply this in my charity

The key to applying this approach in your charity is to understand what your charity’s supporters would want to know. Every charity is different and some information will be more relevant than others, depending upon factors including how your charity is funded.

For example, let’s assume your charity is 50% funded by donations and 50% by grants. If a similar chart, as above, was used as part of a campaign to fundraise for donations, it could potentially mislead donors.

The charity may have spent a large portion on a number of projects, however if these are fully grant funded, it could lead to the donor wrongly believing that those projects are mostly where their donation would be spent.

To ensure clarity, you may wish to make this fact clear on the chart, or perhaps produce different charts for expenditure from different sources of funding.

Part of your choice here may be limited by your accounting system, and how it is configured to record and organise information.

Related Information: Check out our free resources on how to configure your charity’s accounting system.

The most important rule is to ensure any information presented is accurate and does not mislead donors. The only thing worse than not providing financial information, is to provide misleading information.

Please feel free to contact us, and we will be pleased to assist you. 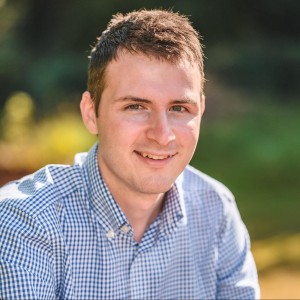